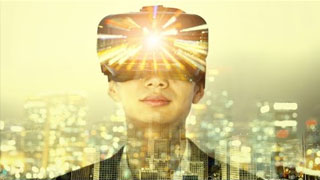 'Short for 'fifth- generation', 5G wireless technology promises faster download and upload speeds. Mobile network provider EE, claims 5G technology will 'provide a better connection in busy places. 'The technology has already begun to be rolled out across several major UK cities, including London, Cardiff, Manchester, Birmingham and Glasgow, but not everyone is convinced the technology is progress. In fact, 5G technology is a hugely controversial topic, that has caused mass controversy, with many scientists, academics & Health Care professionals voicing concerns about potential health risks. In fact, there is not a single INDEPENDENT Scientific Study PROVING 5G frequencies to be SAFE! Consequently, the 'Precautionary Principle' should be applied pending further study but the 5G agenda is being driven by Corporate Greed ... Health & Well-being then become secondary considerations, until such time as Concerned Communities come together to remove the 'Political Will' to continue rolling out a potentially devastating, ecocidal technology.

Ian R Crane is a former Oilfield Services Executive who spent seven years (2013 - 2019) supporting Communities develop their resistance the UK Government's FRACKING agenda. In late 2017, Ian became aware that the Countrywide Tree-Culling was directly related to the planned roll-out of 5G, due to 'Organic Material' being a BLOCK to 5G frequencies. This prompted him to study the available academic research of the Negative Health Impacts of 5G microwave frequencies. Ian's mantra is to encourage people to do their OWN research ... and his thought-provoking presentation will undoubtedly stimulate further curiosity, particularly amongst those who are already concerned at the pace with which Humanity is being led deeper into technological reliance.'