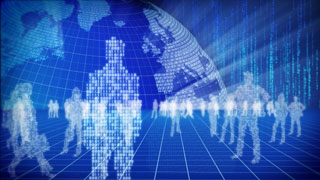 Attorney Andrew D. Basiago discussed his experiences within a secret DARPA program-- "Project Pegasus," and what he claimed to be the true history of U.S. time travel research and teleportation technology. As a child, he said his father volunteered him to be inducted into the experimental program, as a "trainee/guinea pig" from the years 1969 to 1972. He described being teleported from a location in Woodbridge, NJ to Santa Fe, NM via a device derived from Tesla technology. A "cavern" opens up into the fabric of time-space that is wrapped around the "teleportees" as they are repositioned to a new location, he explained, adding that it's more like the TV show Sliders than the teleporters on Star Trek.

During this time frame, he said he witnessed an accident in which a boy's feet were sheared off after he was teleported. He also talked about how the teleportation technology could be used for time travel, and the development of "chronovisors" which allowed holographic recordings to be made of historically significant events such as the crucifixion of Jesus, and the signing of the US Constitution. In one chronovisor recording of the future he was able to witness in 1971, he described seeing the US Supreme Court building under 100 ft. of brackish water in the year 2013, suggesting that the entire Eastern seaboard will be flooded.

Time travel technology enabled the US to win the Cold War, as the government teleported military secrets into the future, to store for safekeeping, he detailed. The technology was also used to brief US Presidents like Clinton, the Bushes, and Obama about their destiny, years before they became President, Basiago claimed. He also asserted that Donald Rumsfeld and Gov. Bill Richardson both served in Project Pegasus, and he invited them to come forward with the truth.

The team leader of Project Pegasus, Andrew D. Basiago, is a lawyer, writer, and 21st century visionary. He is an emerging figure in the Disclosure Movement, who is leading a campaign to lobby the United States government to disclose such controversial truths as the fact that Mars harbors life and that the United States has achieved "quantum access" to past and future events.

He has been identified as the first of two major planetary whistle blowers predicted by ALTA, the Web Bot project that analyzes the content of the World Wide Web to discern future trends.