Ancient astronauts or ancient aliens, also known as paleocontact hypothesis, is a pseudo-scientific theory that states intelligent extraterrestrial beings have visited Earth in antiquity or prehistory and made contact with humans. Proponents suggest that this contact influenced the development of human cultures, technologies, and religions. A common claim is that deities from most, if not all, religions are actually extraterrestrials, and their advanced technologies were wrongly understood by primitive men as evidence of their divine status.

These proposals have been popularized, particularly in the latter half of the 20th century, by writers such as Erich von Daniken, Giorgio A. Tsoukalos, Zecharia Sitchin, Robert K. G. Temple, David Icke, and Peter Kolosimo, but the idea that ancient astronauts actually existed is not taken seriously by academics, and has received little or no credible attention in peer reviewed studies. 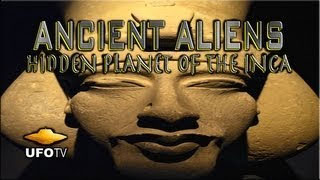